We're (Paul, I and the two boys) just back from two nights in New Plymouth where Paul had an away clinic. We saw the lovely Christmas lights at the park there and bought a lovely wooden children's crib scene that we'll add to our Christmas collection. 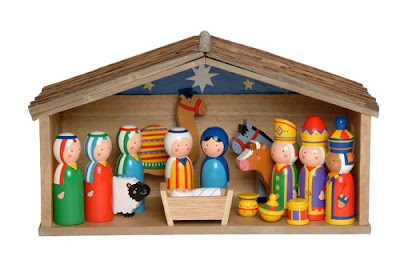 Not totally the relaxing time we'd planned as Lily decided on the first evening by herself (just two hours before Hannah was due back home from her job in a local shop) that she was frightened to be alone (this has never been the case before - usually she is only too pleased to be rid of us) and invited another teenager with Down syndrome round! We got a text from Hannah saying the two girls were now getting themselves food at 9pm alone in the house and planning to watch videos all night Lily can be pretty sensible alone but sometimes gets silly and having someone just as silly with her sounded like a recipe for disaster. It ended up OK with Lily spending two nights at her friends house but was not what we wanted to have to sort out by phone from afar.
Lots of family members are travelling this Christmas Eve - we've just done the three hour drive from New Plymouth, Sam and Anika should be about half way on their eight hour drive here from Auckland and Beth and James should be on the train from Sydney to Kiama to spend Christmas with my brother and his family.
We're hoping to get to Children's outdoor service with a stable and real animals (Isaac will love it) but the weather is a bit rough at present. I'll finish with this years Christmas letter and Christmas photos of the boys. (It was written a few weeks ago so is out of sequence with the events of the blog) 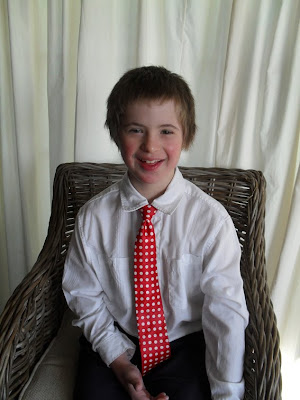 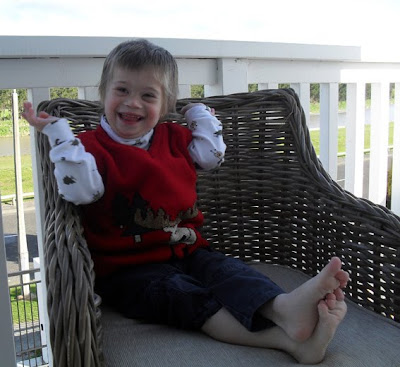 It seems to be true that time races by once you get older and I really can’t believe that it’s already time to write the Christmas letter and get out the decorations. We are decorating the house a little early this year as Beth won’t be here for Christmas but will be visiting next weekend when we will have a combined Thanksgiving/Christmas lunch.
I have just ordered two enormous (four feet wide) Christmas wreaths with lights (I got them from my favorite on-line auction site, left over from shop decorations) we plan to hang them from the balconies to go with our light up star. It won’t cost too much in electricity as it doesn’t get dark till nearly 9pm and people go to bed early in NZ so we can turn the lights off by 10.30!
We’ve had several celebrations this year with Beth and Rachel getting engaged and the little boys, Paul and I having a Disneyland holiday then going onto UK for my mum’s 80th birthday. A little less turmoil than last year too, being settled into our new home and Isaac needing only one fairly minor operation.
A quick update on highlights for everyone is
Joe – still in South Korea teaching English, but in a different school. He has worked hard on computer programming for Paul’s internet anticoagulation business INRonline
Sam and Anika –in Auckland Sam has continued running (once his tibial stress fracture healed) and completed his first marathon (which included running across the Auckland bridge, then needing time off work as he couldn’t walk) he works for Bluebird foods inventing new muesli bars. Anika got a job doing psychological profiles for the personnel departments of various companies. She seems to be enjoying it and it means she’ll get more time off for Christmas than she did while working in a shop last year.
Beth and James – in Sydney. They got engaged in Palmerston North’s rose gardens last Christmas day. James had asked our permission the day before, so we had to try to keep it secret and only Hannah guessed. They came home to place-cards for Christmas lunch saying “Bride –to-be” and “Groom-to-be” The wedding is on April 16th 2011 with a wedding blessing in UK on October 29th (close to my dad’s 80th birthday)
James was accepted to do a masters degree (possibly changing to PhD) in ancient history at Macquarie university in New South Wales. They moved to Australia in March and luckily Beth found a job in a prestigious law firm. They will be spending Christmas with my brother Jon and his family by the beach.
Rachel and Adam – in Auckland. They have just got engaged on their fifth anniversary on being together. They may have the wedding on a tropical Island so that will be exciting.
Lily continues paid work in a department store ten hours a week and has a very busy social life. She loved the ball that our local Down syndrome association held and is very excited that a new Harry Potter film has come out
Hannah – lives in Palmerston North - first with us then flatting now with us again. Hannah continues her social work course, has bought herself a car and has a boyfriend Thomas who luckily likes small children
Noah is just finishing at primary school and is looking forward to wearing uniform at High School next year. He is growing fast and is now the same height as Lily. He continues to be unable to resist the urge to investigate and pull things to pieces and we alternate between being very crossed about what he’s broken and beign amused by his unusual way of looking at things
Isaac has big changes ahead too as he is now 5 and will start school next year. He has finally put on a little weight (still 12.6kg is pretty light for a 5 year old) and health wise has done well throughout the year. His only operation was to improve his squint and put in grommets. He will probably wear hearing aides next year.
Foster children – we had respite care weekends for J who we used to foster and for two little boys, we had two toddler brothers (aged two and a half and three and a half) who stayed for three weeks and brought us to our knees, then for three and a half months we had the beautiful Heidi (who graces our Christmas card) who changed from a terrified, frozen 15 month old to a cute and active 18 month old.
Paul – his year has been busy as ever with his job and away clinics and running INRonline. In May he went to the states as part of a competition run by NZ trade and enterprise and now a pilot scheme is about to start in NZ with 15 pharmacies managing anticoagulant control using Paul and Joe’s website.
Angela – having all the little children around has made me realize I’m not as young as I used to be! So we may be less likely to take in foster children but instead once Isaac starts school, I too will start school, doing some psychology papers at Massey our local university. Beth and Hannah both find this very funny and think I will be the mature student at the back of the class who keeps putting her hand up and interrupting lectures.

It seems that next year will not be boring either with
Hannah’s 21st and a Disneyland holiday in January
Beth’s wedding in April and
Beth’s second wedding (to the same man! – otherwise known as a wedding blessing) in October in the UK

Hope you all have a lovely peaceful Christmas and bright New Year
Posted by Angela at 3:51 PM No comments: Links to this post 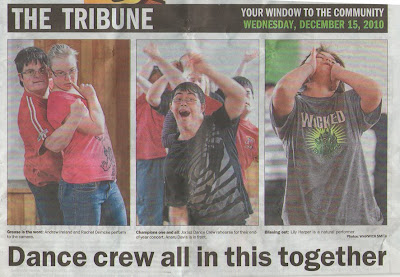 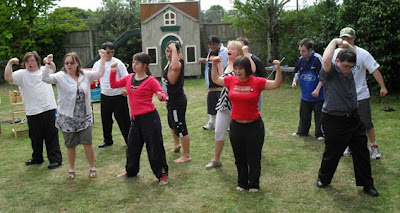 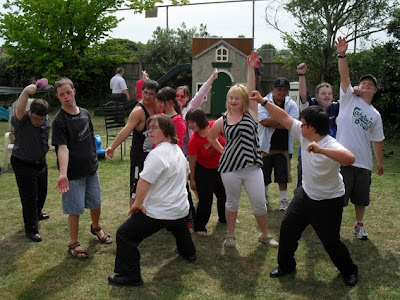 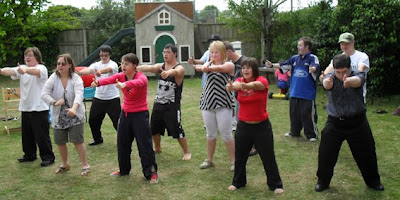 We had a great Down syndrome Christmas party at our house with about 70 people here (lots of different families to last year though) The Jorjaz dance group performed two numbers and tonight is their big show in front of an audience of 180.
The local free paper featured them (Lily on the right with the photo caption - Blissing out: Lily Harper is a natural performer) and there was also this typical Lily quote in the text
"Lily Harper who works at Farmers, has been with the group since its early days. She said Mr Martin, who took over from Georgia, is an awesome teacher.
"Everybody likes him, he's funny, plus he's really awesome at acting as well."
Acting is Miss Harper's other love and her current muse is High Laurie as Dr Gregory House.
Unlike Miss Harper, her boyfriend Elliot Cole is not a natural performer.
Miss Harper said she is the better dancer, but "he is my boyfriend so I have to encourage him."

Suddenly it's getting busy for Christmas with three events in three days.
Yesterday we went to the lab BBQ, tonight we have a special Christmas meal and party with our homegroup and tomorrow is the annual Down syndrome party here.
Last year we had 70 attend and hoping to beat it this year.
We have to take something different and Christmassy to the party tonight so we thought we'd play this wonderful Messiah clip from youtube. It brings tears to my eyes every time I see it and I notice it's at 17 million hits now!
Posted by Angela at 5:17 PM 1 comment: Links to this post