Last night for an early birthday present to him, Paul and I went to watch Gilbert and Sullivan's Iolanthe - a real grey haired brigade audience, which means of course that we fitted right in!
Hannah was babysitting and I asked her to write on a fathers day card with Noah and didn't realise she'd forgotten.
A 6am wake up for Paul with Noah and Isaac in his bed wishing him a happy father's day. I sent Noah to look for the card which I thought Hannah had written on with him. About 10 minutes later I had that 'awfully quiet' feeling and went to look for him. He couldn't find the card and so instead had remembered the drawer where I keep birthday cards, chosen his own (a rather nice one with a picture of chocolates on) found a pen and started writing - this is a boy who has great trouble even writing his name - who we had no idea could spell anything
I got there while he was trying to work out how to spell "from"
We were just so proud of him (I didn't even think to be cross he had raided my drawer)
this is his writing 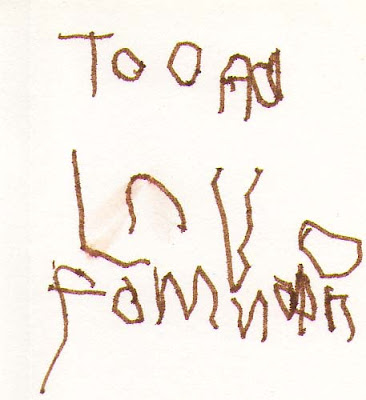 and this is Paul enjoying father's day with Noah, J and Isaac 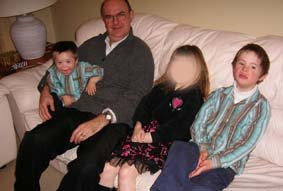 We were also very proud of Lily today as it was her confirmation. She had to write her testimony to go in the church newsletter - she started trying to write it herself but in the end dictated it to us. It read

"Hi, if you don’t know me, my name is Lily Harper. I wave the flags at the front of the Church. Every time I wave the flags it makes me happy.
I was born in the UK. I have Down syndrome. I was adopted. My birth Mum and Dad couldn’t look after me. God wanted Paul and Angela to keep me for always.

I love church it is a fun place to go to. I go to church because I believe that Jesus died for me. I believe that God loves me and I want to follow God’s ways. "

Joe was her sponsor. There were twelve people confirmed and it was a great service. The photos below were very poor quality being taken in poor church lighting without a flash, (and they are still very poor after all the bells and whistles I know how to use on photo shop!) but you can see the bishop laying hands on her. 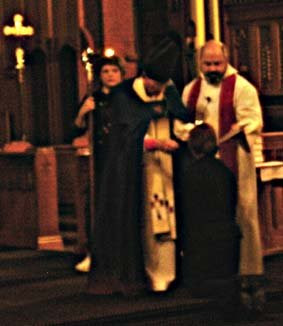 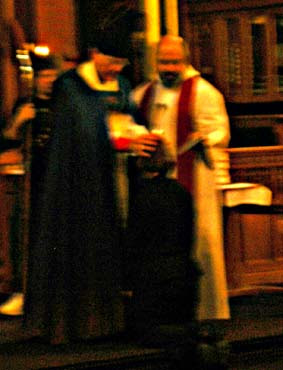 Noah, Isaac and J behaved very well throughout the service, needing only the minimum of toys that I keep in my handbag. Towards the end though J said "Is it nearly finished?" I said "Why do you need the toilet?" and she said "No, I can see the food over there and I'm really hungry"

The second the final hymn finished J and Noah disappeared at the speed of light towards the cakes and it was only when the drummer from the music group rashly said they could have a go on the drums that they reappeared! 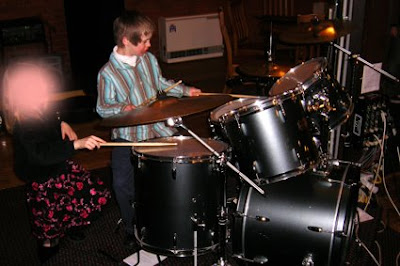