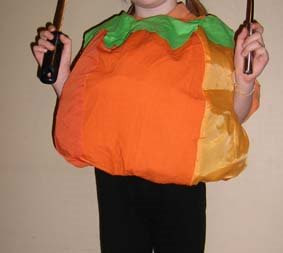 We were very proud of J when she took part in her school production of Cinderella. So proud in fact that Lily gave her the last remaining piece of chocolate cheesecake which Lily had bought for tea the previous day.

J was the world's best ever pumpkin!! We ended up not going to watch as we wanted it to be special for her mum (and to avoid any direct contact) but we certainly got some photos and a re-enaction of her scenes!

Isaac picked up his new shoes yesterday. I have avoided getting these for quite a while as they make it obvious he is disabled (how about that 20 years into disability living and still finding it hard to accept!!) but I am now trying to persuade myself that they are quite cute. 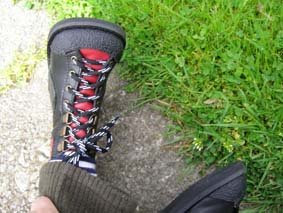 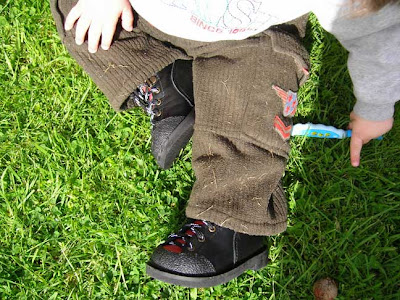 I tried to get some photos of him standing in them - but Isaac wouldn't cooperate. 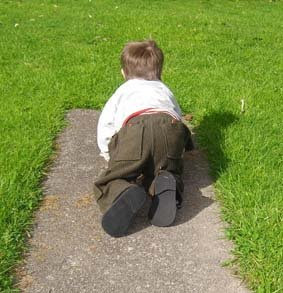 this is what Isaac thought of being photographed!
Posted by Angela at 10:11 AM