I love the washing machine 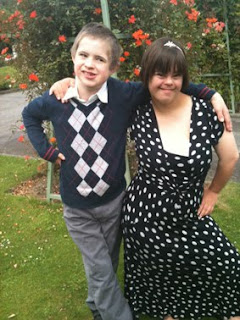 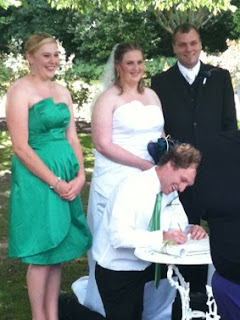 We managed our trip to New Plymouth but decided we are not brave enough to try out any other motels during this week of Paul's holiday. Noah slept sandwiched between two brolly sheets and the first night didn't leak at all (Paul changed his bag just before bed and we told him he had to sleep on his back) the second night the room stank but there looked to be just a small amount of leakage on the hotel sheets and we could put the brolly sheets in a plastic bag to wash at home.
On the journey home we stopped at a great museum place in Hawera (which presented a rather refreshing and different story of Maori history than I'd covered in my uni course) which included a boat ride rather likes the pirates of the Caribbean ride at Disneyland but without the queues, then we ate at the lovely gelato cafe in Hawera. However when we got to Wanganui Noah said "My bag's leaking" and indeed it was - it had almost fallen off - so Paul got to do something I had dreaded and changed Noah's bag in the disability toilet of Wanganui park. Noah luckily was very cooperative and just lay on the floor with his t-shirt as a pillow, however we didn't expect the bag to last long as it had not been put on with the usual care. So it was changed that night (3rd change of the day) for a small kids bag to give his rather sore skin at the edges a change to heal. At 3am Noah came in to say that bag was leaking and Paul changed the bag while I did the laundry - an absolute blow out that we would not have been able to cope with in a motel so thank goodness we were home. I love the washing machine and last night when the same thing happened I was all set up to do a total change of bedding and put the machine on in the middle of the night. We think now that he has a bit of a hernia of his stoma so it is bigger at night and then when he is asleep it reduces a little making the bag leak around the hole that the stoma now no longer neatly fits. We really wish we had a hospital appt before the end of February, it is difficult with his paediatrician leaving, the paediatric surgeon in Wellington being on holiday till Feb 6th and the adult surgeon having no real experience of kids ileostomies. I have looked up loads of websites and on the one from Great Ormond Street it says "Your child will need to be weighed and have their urinary sodium levels checked each week"- not much chance of that here.
I do not like living with such uncertainty, we have no idea what surgery lies ahead for Noah, but then I compare myself with others I know. especially my friend Bridget whose little boy Peter has relapsed leukaemia - she has lived with far worse uncertainty for years and coped with central lines, chemotherapy, anaesthetics, vomiting and diarrhoea nearly non-stop.

This makes it sound like life is only ileostomy though and its not - we went to the wedding of Hannah's friend Charline on Saturday - Hannah was a beautiful bridesmaid and Noah wore tight fitting trousers for the first time since his surgery. Paul and I had our first time out, going to the reception dance while Sarah (Noah's buddy) babysat.
We are spending this week while Paul is on holiday to try to finish the house (we have only been in it nearly 3 years now!) Noah has decided he would like his room decorated with a map theme so he has borrowed the beautiful globe that Beth gave Paul for Xmas and I have ordered some map posters from trade me and we have ordered some stickers for his wall one of which is a quote from one of his favourite doctor Seuss books and was the quote to Beth and James that Paul used to finish his wedding speech. It is very apt for our time ahead
"You're off to great places
Today is your day!
Your mountain is waiting.
So get on your way!"
Posted by Angela at 10:45 AM

Hi Angela,
It's funny, I was just reading through your post thinking "Geez, Angela is amazing. I really don't think I could cope with all that...", when I saw you had mentioned us. I think you are doing such an incredible job, and I guess it just shows that you can get used to anything. As I think I can handle my life at the mo, but am full of appreciation for how you are handling all your extremely difficult times.
Anyway, love to you all!!!
Bridget

Hi Angela,
I stumbled across your blog and have enjoyed reading some of your journey. It is nice to read a kiwi blog for a change. I keep checking in to see how things are going for noah (and the rest of you) so thought I should leave a comment to stop myself from feeling like too much of a stalker! My wee guy with dDowns has just turned 7. Thanks for sharing your journey.

Good to read your latest updates Angela - hoping that Noah's bag issues resolve themselves or that you can get reassurance from a paediatrician before long. Thinking of you all! (and wishing your youngest two all the best for school starting again next week!)