The past two days it has poured with rain - I should never have posted about the spring weather! Yesterday my jeans got soaked to the knees when I took Noah to school. I had half an hour to try to dry out my shoes and raincoat then off to the dentist. My gold filling fell out a week ago and was gradually becoming more sensitive to hot and cold and being eaten on. Unfortunately the dentist said there was quite a lot of decay so I have to go back for a 50 minute appointment when I can find a time that Hannah can babysit but for now he put in a temporary filling.

It was Sam's quarter century birthday and he'd treated himself to a day off work. Kind family boy that he is, he used some of his time coming with me to surprise Noah by meeting him from school (I was pleased when one little boy asked Sam if he was Noah's uncle - that would make me Sam's sister!) then acting as chauffeur for Hannah during her break at work taking her to uni to hand in an assignment. In fact she'd forgotten to print out a cover sheet for the assignment so Sam even did that for her! 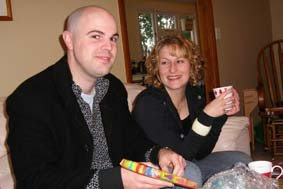 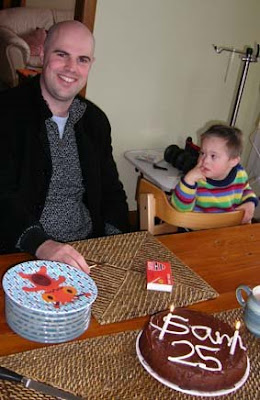 Today Sam and Anika and Joe and Abi came over and we all went out to lunch together - sending Beth a photo of us all on her cell phone so she could see what she was missing. 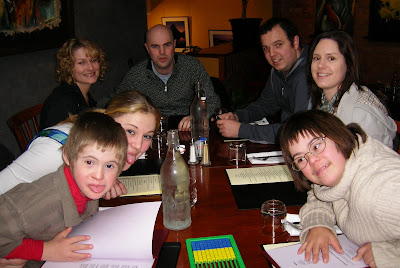 Lily gave Sam a photo frame covered with shells she'd made at school. She put in two photos of Beth, Hannah and her as young children (which I was cross she had sneaked to school without asking) saying it was so Sam would remember then if they died! 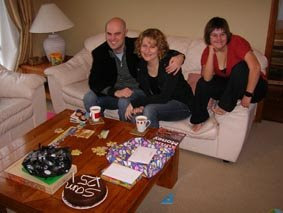