Beth arrived safely last night and spent the night at Hannah's flat which is just across the road from us, in handy reach of our washing machine! They came across for breakfast this morning having been phoned by Lily to remind them. You can just see Lily amongst the others. 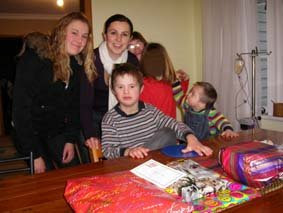 Lily enjoyed opening all her presents and cards 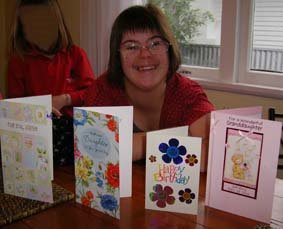 Today was a teacher only day at Lily's school which of course she believed was in honour of her birthday. She was supposed to have work experience at Farmer's department store this morning, but was cheeky enough to ask her supervisor if she could have the day off as it was her birthday! As the kids are all in different places over this weekend Lily is going to end up with several celebrations all with different people. This is the first at an Indian restaurant with Beth, Isaac, me and Sam who took the afternoon off work to come as he will be snowboarding for the rest of the weekend 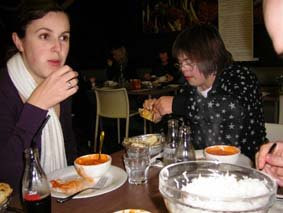 Lily spent her birthday money from both sets of grandparents on new playstation games. Here she is playing the monster rumble Buzz game with Noah and J 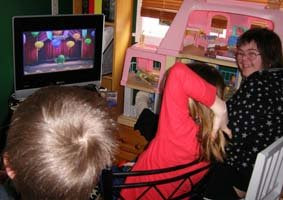 they persuaded Beth to join in too, then Joe and Abi called round and watched 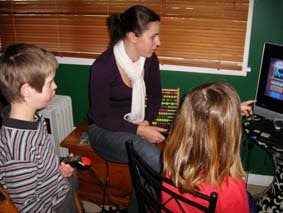 Lily has said for a long time she planned to dye her hair red for her birthday and had sneakily bought some bright permanaent dye and hidden it under her bed. As she so wanted it and is an adult, we agreed to it. Beth helped her and this picture shows just how red it is! 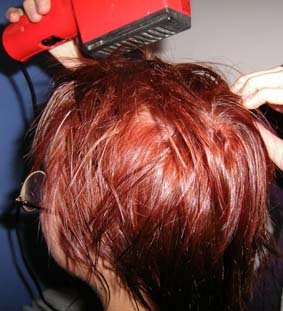 and this is once it dried ready to go out to a local pizza restaurant with the young people's Down Syndrome Group that Hannah helps run. 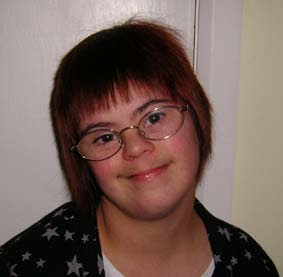