Paul is supposed to be speaking at a conference in Vietnam in just over a weeks time. He sent his passport off to get a visa for entry only to have it returned because there was no room to put the visa! This meant that he had less than 2 weeks to get a new British passport, a returning residents visa and a Vietnamese visa, so we weren't too hopeful.
If you're applying for a passport in the UK, you can pay extra for a quick turnaround, but they don't have that option applying in NZ, so Paul just put the dates he hoped to travel in a covering letter and hoped for the best.
What a surprise this morning when his new British passport arrived from Wellington- that's a turn round time of 3 days! Incredible and it also means he has an excuse to leave the hospital and have lunch with me in town while I give him the passport. Only problem is the $321 cost! 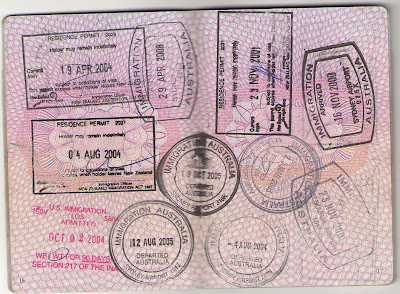